PPP (Portrait in Place Project), the family portrait during a pandemic

By vjohnson
Posted July 9, 2020
In Photography, Portraits
PPP (Portrait in Place Project), the family portrait during a pandemic2020-07-092020-07-09http://vincentdavidjohnson.com/wp-content/uploads/2015/04/logo-vdj-camera-black-xsm.pngVincentDavidJohnson.comhttp://vincentdavidjohnson.com/wp-content/uploads/2020/07/portrait-in-place-project-7.jpg200px200px
0
0

The Portrait in Place Project

As the Covid 19 pandemic forced people in the state of Illinois to stay in their homes, I looked for a way to make a formal documentary portrait of people living together under the same roof during that time. These photos are the result.

On March 21st, 2020 the state of Illinois became one of a handful of states that had a shelter-in-place order go into effect to combat the growing number of Covid 19 cases. No one was to leave their home unless they were essential workers, or going out for supplies.

As the initial two-week period grew to a month, then longer, families, roommates, and those living under the same roof saw a lot of each other and little of the outside world. As a photojournalist and commercial photographer, who was now essentially out of work, I was struggling to find ways to pick up my camera and document the effects of pandemic in a way that wasn’t just empty streets and medical workers in head-to-toe PPE. By the end of April I finally came up with something I thought was poignant and gave it a title that played off the government’s Paycheck Protection Program name. The Portrait in Place Project was born. A few weeks later I would have taken several portraits and had a collection of stories to go with them that spoke to our current living environment.

I would also have taken one more thing I didn’t want… the virus home to my family.

Therefore, after just seven households I had photographed by the second week of May, I had to stop and start the real process of taking care of my sons and I. Despite not knowing my test result for several days, I knew the most responsible thing to do was make a call to each and every person who had let me photograph them. Luckily because I put everyone’s life first during the process, the routine I had for disinfecting my gear and wearing a P100 mask stopped me from spreading it to anyone I photographed.

It was an extremely rough May for me as I felt then, and still do now, that what I was doing was a unique and important photographic document of our collective experience. It hurt to have to stop photographing again, and knowing full well when I was safe enough to go back to it, the shelter in place order would be lifted and there would be no meaning behind continuing the project.

It was even more difficult to have to watch as my oldest son, who was not showing symptoms, come down with it towards the end of the quarantine time for my youngest and I. My wife horrifically had to watch the whole ordeal from afar as she was picking up temp assignments working at a hospital in  New York City with Covid patients. Here she was at the epicenter, but I was the one who got infected.

Below are the portraits and the stories in their own words, that these households had to tell during their shelter in-place time.

What aspect of life are you worried will not return to normal before the end of this year?

We really struggle to see our local shops close amid this pandemic. It’s hard, as we’ve supported them over the years.

We are Catholic … while some are returning to church, we are hesitant, especially with children who love to touch EVERYTHING. When will we be able to have our daughter baptized? Normally, that is a big celebration, with family and a party and the like. Now, we’re anticipating a private event this summer, with just godparents, possibly grandparents.

In the morning, Chris goes downstairs by 9 a.m. to work out of his basement office. The kids homeschool with Annie, but also play outside as the weather allows. Lucy, Fritz and Etta are focusing on lifecycles right now, raising butterflies, tadpoles and praying mantises, as well as four chickens in the backyard. Annie is balancing schoolwork, while also keeping a newborn fed and happy.

After work, we all try to take a family walk or bike ride, to get some exercise and fresh air. We make dinner as a family, try to tidy up the house, maybe play a game before bed.

Hannah went about a month without leaving the house aside from walks and it was just a trip to Menard’s 2 miles away.

What moment will be a lasting memory for you?

I (Stephen) was at work when the governor gave his official announcement and I literally felt a change in the air in the store as hundreds of people came pouring into my store all at once to panic shop. I had never felt anything like that before. It was like I could sense the literal change in emotion as people suddenly were shopping scared, nervous, or angry.

What moments during this pandemic do you think will be a lasting memory?

Unfortunately, I don’t have the patience and temperament to teach and that is going to be an unpleasant memory for me and probably the girls. Being stressed out about finances is something my husband and I will never forget. Who would have ever thought that health care providers wouldn’t be able to work?!

The good: being able to sleep in (a little), being able to stay up later and have more quality time as a couple (until he had to start going back to work), not having to commute 45 minutes twice a day for school, time to complete projects around the house and on my “to-do” list, a slower pace for all of us, more frequent game nights and family walks. v

Fakih is a CRNA (Certified Registered Nurse Anesthetist) which is an anesthesia provider. He primarily does mobile anesthesia and with elective cases being cancelled, he did not work for the first four weeks or so of the shelter in place order. He went to help out at a hospital in New York for 18 days and since returning he has been working about 50% of his normal schedule. He works 5 days a week, but instead of all day, he has been working half-days.

I am a nurse practitioner. I did not work for the first 8 weeks of the shelter in place. Normally, I work 28-30 hours/week. In the past few weeks, I have been working 2-8 hours/week.

Describe a typical day at your house.

The weekend:
The girls – like to watch TV (Youtube videos), play MineCraft, watch cooking shows, watch Anime, search things on Amazon, play Prodigy math games on computer, play video games on iPad. I try to limit it to 2 hours/day not including family movie if we watch one (usually on Fridays). Saturday is usually our day to go for a walk as a family, maybe get ice cream or take out. Sundays we do puzzle or family game.

Fakih – does projects around the house, in the yard. Jogs/works out. Watches TV. Cooks breakfast and dinner.

Judy – Grocery shopping. Usually takes about 2 different stores and 2 hours to get everything. Then another 30 mins to decontaminate/wipe down groceries. Paperwork, projects around the house. Go for a walk, work out.

Ryan has not left the house since mid March. (The photo was taken May 15th).

All the kids all head to their computers, Ryan works from home in his room,  Zach & Gabi took their classes online.  Zach started baking and cooking in between classes. Ryan set up a stationary bike.  In the evening we binge watch some Netflix, or the kids play Minecraft.   On weekends, we work puzzles or play games.  Ed plays guitar after work or reads the Bible.  It’s mostly been a good experience of togetherness.

I hate to say it’s been a good time for us, because I know others are suffering loss of jobs, income, health and in some cases loved ones.   But it’s been good here.

One specific memory is when we made a recipe for an Orange Crunch Cake from a place called The Bubble Room (on Captiva Island Florida.)   All of us were in the kitchen, like an assembly line. Gabi was crushing the graham crackers, Zach was using the mixer and I was using the grater on the oranges. We were all laughing and having a good time.

Even if we forget this very specific moment, all of the memories of the time cooking and eating together (and gaining weight) will stay with us forever.   In my opinion, because we had so many months without the boys home (Zach is a reservist, Ryan works & lives in New Hampshire), we have really appreciated the fact that we are together again.

Hannah, is a Registered Nurse who worked a Covid Care floor at a Chicago hospital – typically 3 nights out of 7.

Tayo went a little over 3 months without leaving the house aside from occasional neighborhood walk/runs.

For our family as a whole, it would probably be that Hannah’s parents, who were in America for Yemi’s first birthday, had to reschedule their flights last minute and return back to Australia before the country closed their borders.

For me (Hannah), all of the PPE required and just witnessing firsthand how incredibly ill some patients became and those that had to die alone in the hospital from Covid-19.

Get up, drink coffee, eat breakfast, check email, outline the day and then work. 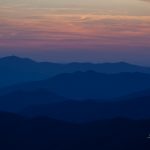 New Year, New Web Site, and a Look back at 2018Photography, Weddings